Recently I was featured in a story about the Millingerwaard. The reportage appeared in the TamTam, the magazine of the WNF Rangerclub (the youth organization of WWF Netherlands). Exactly 20 years ago I had the honor to open the Rangerwaard, a part of the Millingerwaard on behalf of the WWF. “Back in 1992, as in… you were 12?” Hey, I had an early start 🙂

The thing I was (and still am) most passionate about is nature conservation. I simply couldn’t understand human’s enduring negative effects on their environment. I JUST DIDN’T GET IT (there… capital letters for dramatic effect). Nothing wrong with making a living, making money, trying to survive, using natural resources or developing one’s quality of life, as long it is sustainable. Yeah, I know… it’s has become a complete political catch-all. Still, it’s meaning is very logical and from my point of view the only way forward. So let me explain this concept in the simplest of phrases:

I also noticed at an early age that people where whining on and on about respecting each other, not many where putting this into practice, to begin with, and more specifically… where not respecting life itself. In fact, for most people living on our planet then and today, we humans often look at themselves as being outside the whole of nature. In my young mind, we had to respect the grand total of biodiversity, it’s chaos and it’s intricately woven and interlocking web of relations.

Anyway, here comes WWF into play. Their philosophy and mission resonated with my own beliefs, so aged 10 I became a pretty motivated supporter. I especially liked their yearly campaigns in which supporters where asked to help with fundraising and raising awareness for projects focusing on certain areas or specific species. Some of which I had never visited or seen. From tropical rain forest in Costa Rica, turtles in Greece and – a lot closer to home – nature development in the Millingerwaard. For three consecutive campaigns, I managed to raise the most amount of money in the Netherlands. This was still in the social network-less world mind you, so that meant door-to-door operations, approaching local media like newspapers and radio shows, and putting up flyers. Being pretty good at raising money had its perks, since from 1991 till 1994 I became a figurehead for the WNF Rangerclub, enabling me to:

I also received a surprising gift of the late HRH Prince Bernhard of Lippe-Biesterfeld (Founder President of WWF International) in the form of a silver-plated turtle statue and a note telling me to keep up the good work. That meant all signs were green and it was pretty obvious which direction I wanted my life to take. Obviously these early experiences influenced me a lot. So I wanted to share some lessons with you I learned along the way:

Fast forward to the present. As an environmental scientist and biologist with a career in nature management and conservation I really enjoyed being asked by the WWF to go back to the Millingerwaard in 2013. Guided by fellow nature enthusiasts Twan Teunissen and present-day WNF Ranger Rebecca we went off in search of beaver, black tern, Konik, and the natterjack toad. We had a wonderful evening and I was amazed to see how much the area had developed!

Nowadays I am the proud father of a beautiful 6 months old daughter and potential WNF ranger 🙂 I am very much looking forward to exploring the natural world together and to inspire her about its wonders. We will begin right in our own backyard. 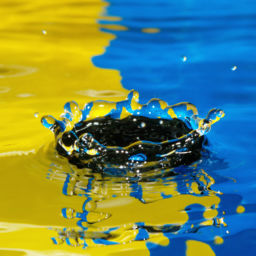 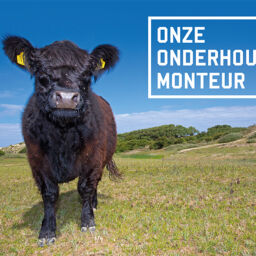 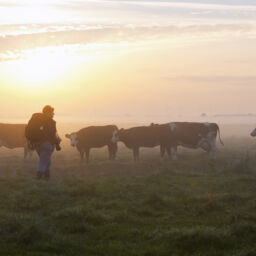