On zoos and aquaria

When I was living in Hungary in 2002 I was invited by an international zoo expert to accompany him on his visit to Veszprém Zoo. At the time (much improved since then) it had the reputation of being the worst zoo in Hungary with respect to animal welfare. I paid the entrance fee and walked over to the first enclosure with European otters. Unfortunately, one of its inhabitants was floating belly up in the middle of the pond… not exactly a good sign.

Zoos. You either love them or hate them. And although I definitely prefer to see animals roaming the wild, I strongly belong in the former category. Yes… zoos restrict an animal its freedom by definition, but a well-managed zoo SHOULD play a vital role in conservation and educating. In my view that makes up for a lot, but do zoos and aquaria actually deliver on this premise? And if they don’t, should they still be allowed to exist?

Static animal collections?
Discussions about intrinsic values aside, whether captivity has a negative impact actually depends on the species. I’m pretty sure a marine angelfish in Burgers’ Ocean 750,000 liter (200,000 US gallon) coral reef tank doesn’t really notice it is in fact captive. Other species continue to display their natural behavior– despite the limits of their enclosure – because of design and other environmental enrichment. But yet for some species, it’s a different question altogether: they are either relatively large and/or migratory. And sure: some are endangered and therefore part of important ex-situ breeding programs. One could argue that sacrificing an animal its freedom is, therefore, a valid argument. But zoos often have a whole bunch of animals that are not endangered but are simply there because audiences want to see them. Take giraffes for example. They might be relatively easy to ‘keep’, that doesn’t mean you should (though my 2-year old daughter disagrees with me).

Nowadays a lot of zoos are not the static animal collections they once were. They have evolved over time. A modern zoo usually reflects the values of its society in how it treats and houses its animals and which stories they tell to their visitors. Hence, I believe that animal welfare should trump the (potential) monument status of an enclosure anytime. In October of this year, my daughter and I observed the ongoing demolition work on the heavily outdated large cat gallery of Artis in Amsterdam. Quite an important milestone if you think about it. It shows that even old city zoos (Natura Artis Magistra was founded in 1838) can and do continue to evolve.

Education & conservation
So why do I like zoos and aquaria? As I wrote in this essay on green parenting I think if people get to know their planet they start to value it. And I think the age-old appeal of being able to watch exotic animals up-close and personal is still very much valid today. Not to be entertained, but to be able to observe and learn. Zoos are easily accessible gateways to other continents in that regard. The question is – as I will discuss later on – whether zoos are actually doing enough in terms of education. Do I like all zoos? Definitely not. I like state-of-the-art zoos that put the welfare of their animals first and that have strong values on both conservation and education. Unfortunately, there are still a lot of zoos and aquaria that host animals in horrific and abhorrent conditions, either because of lack of funds, knowledge, or – even worse – because they simply do not care. Those should either improve their ways or close altogether.

A lot of zoos became more mature in terms of conservation efforts as well. Once upon a time zoos were merely talking about the concept of being a potential ark. Breeding programs today are often no longer just an excuse to be able to host the species: often there is actual reintroduction taking places or ongoing conservation efforts in the species its natural habitat. And here zoos continue to evolve as well. Take this case, for example, Artis their last Wisent (Bison bonasus) died earlier this year on the respectable age of 23. Artis then actually decided to stop hosting this species, even though they had them since at least 1931. At that time there were only 54 individuals left in the world, all kept in zoos. Artis then started a breeding program to save them from extinction. Fast forward to 2015 they figured that after countless re-introductions throughout Europe there is no longer a need to keep Wisents AND that Artis its valuable space is better suited for other animals. Bravo!

Progression or pitfall?
For me personally, the critters are only part of the appeal since I am especially interested in the technology and concepts behind the enclosures. I really love designs in which a species its natural habitat is mimicked to near perfection and which stimulates them to behave as naturally as possible. That same technology is also a potential pitfall. Advancement in technology and materials has been mind-blowing. Nothing more so then in aquaria: the last decade saw the birth of even larger tanks and better conditions. I thought it was very impressive to see whale sharks (Rhincodon typus) in the Ocean Voyager exhibit (24,000 m3) of the Georgia Aquarium for example. Once more though: just because you can host them doesn’t mean you should. The Georgia Aquarium defends the sharks’ presence by saying they would otherwise have been eaten in Taiwan. But in hindsight, I am wondering why they didn’t simply release them back into the wild if they were that concerned with their survival? And although I thought it was a very impressive sight I can’t really remember what else I took away from that experience.

A dangerous trend?
Which brings me to the following: there is an increasing number of zoos that seem to focus more and more on entertainment than on education. In their effort to create spectacular enclosures, they often forget the education part. As acquaintance and acclaimed photographer Jasper Doest recently posted on Facebook: “Zoos should become better educators…as for now many zoo’s are just there for entertainment-sake with educational value for people who’d like to read large quantities of text. In a society where 50% swipes its way through life, I don’t think that’s enough.”

And I agree. Education should be a core activity of zoos and aquaria but is actually applied in the same theoretical manner conservation once was. And while there is nothing wrong with being entertained, it should not be the only or even the main focal point of a zoo. Especially when captive animals are involved. That’s why I’m slightly concerned about developments like Wildlands Adventure Zoo Emmen in the Netherlands. This new zoo – designed by a company from the leisure industry – seem to go for an ‘immersive experience’. I’m sure the animals’ welfare is well taken care of and that it will be popular with audiences. But I’m wondering what visitors will take away from an experience that seems to focus more on the theme park side than on the animals and their plight. Such animal-based theme parks have been around longer in both North America and Asia. Like the Chimelong Ocean Kingdom in China or SeaWorld in the USA, with serious ongoing discussions and pressure to change.

I think the educational value of zoos and aquaria can be very powerful. It seems to be a challenge for a lot of zoos and aquaria however to offer a multi-layered educational approach that goes beyond simply showing an animal and putting up a sign. And that’s a shame because in that could be their real added value. In terms of existing, sharing knowledge, and in being a financial success. I’ll hope that zoos and aquaria catch up with this philosophy. If not: we should not accept them to exist. Meanwhile, you as a potential visitor have the choice to visit only zoos and aquaria that are worthy of your attention. In that regard, check out my personal recommendations about zoos and aquaria that I thought a) are doing a great job and b) are really worth your time and money.

My top 5 must-visit zoos and aquaria
From all the zoos and aquaria I have visited so far, these are my personal recommendations (in no particular order). Their designs are often top-notch and they score high on educational and conservation values (although there is always room for improvement). So you should definitely try to visit them if you have the chance. 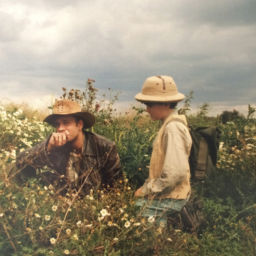